“Kyra, a pug cross, resides in a Northern Suburb of Melbourne, Australia. She was rescued from over-breeding at a puppy farm mid-2013. Over the last 6 months she developed both urine and faecal incontinence. This was somewhat manageable until we got “hall runners” to aid her walking around the house (arthritis and hip dysplasia) when she then decided that they were great “pee pads”. The Barkertime overalls have been a saviour by keeping her nappy (diaper) in place.” 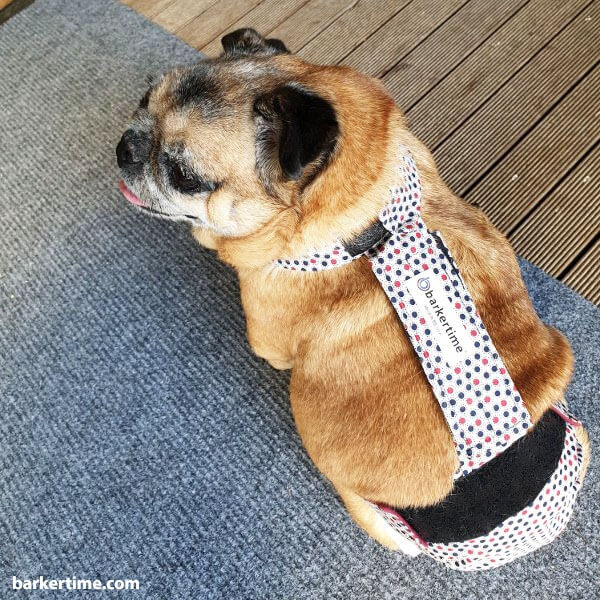 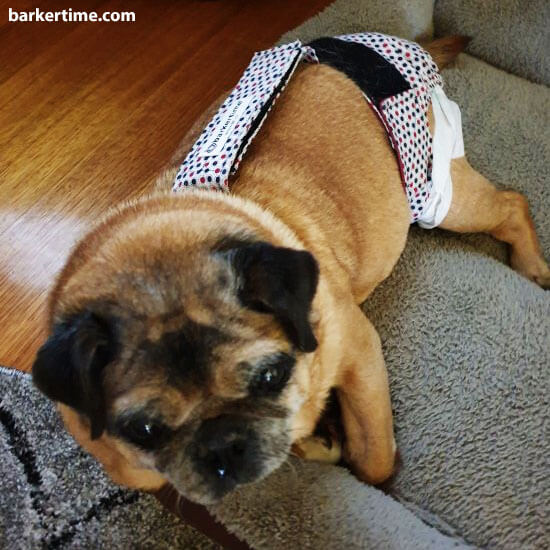 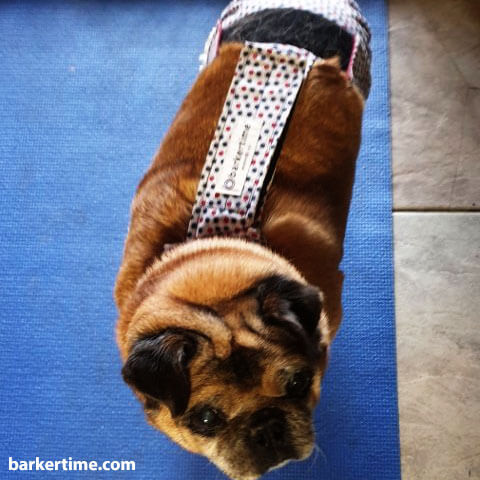