“Sampson is part Houdini part toddler. Somehow he finds a way to elude us and mark all over the house. He is so sneaky we were having to keep him in his crate more than we liked just to keep him from marking furniture, corners, laundry, really anything on the floor. It’s really hard to keep an eye on him every second he is out roaming the house. He absolutely hates belly bands. He can always slide them off and he defeated another brand of overall. Plus he was so uncomfortable in it. He would roll, scoot, and rub trying to get it off. He actually broke one of the fasteners making it unusable. I received his Barkertime Diaper overalls today and already I can tell that he is comfortable in them. He has been playing, relaxing, and napping in them. I’m not sure if it’s the Olaf print he loves more, or the freedom he now has in his Barkertime Diaper overalls, but finally we have both a happy fur baby AND happy fur baby parents. I’m 100% impressed and thankful.” 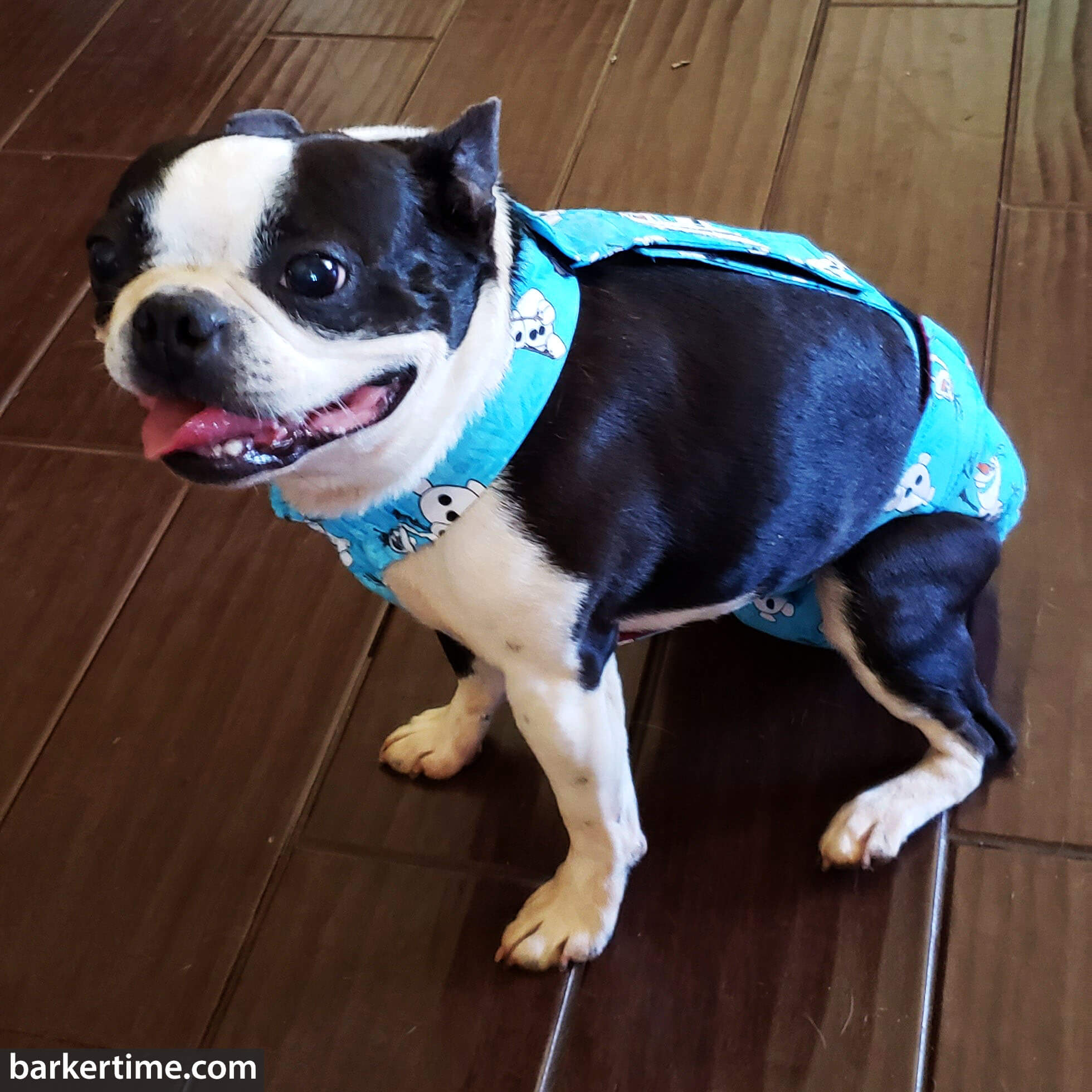 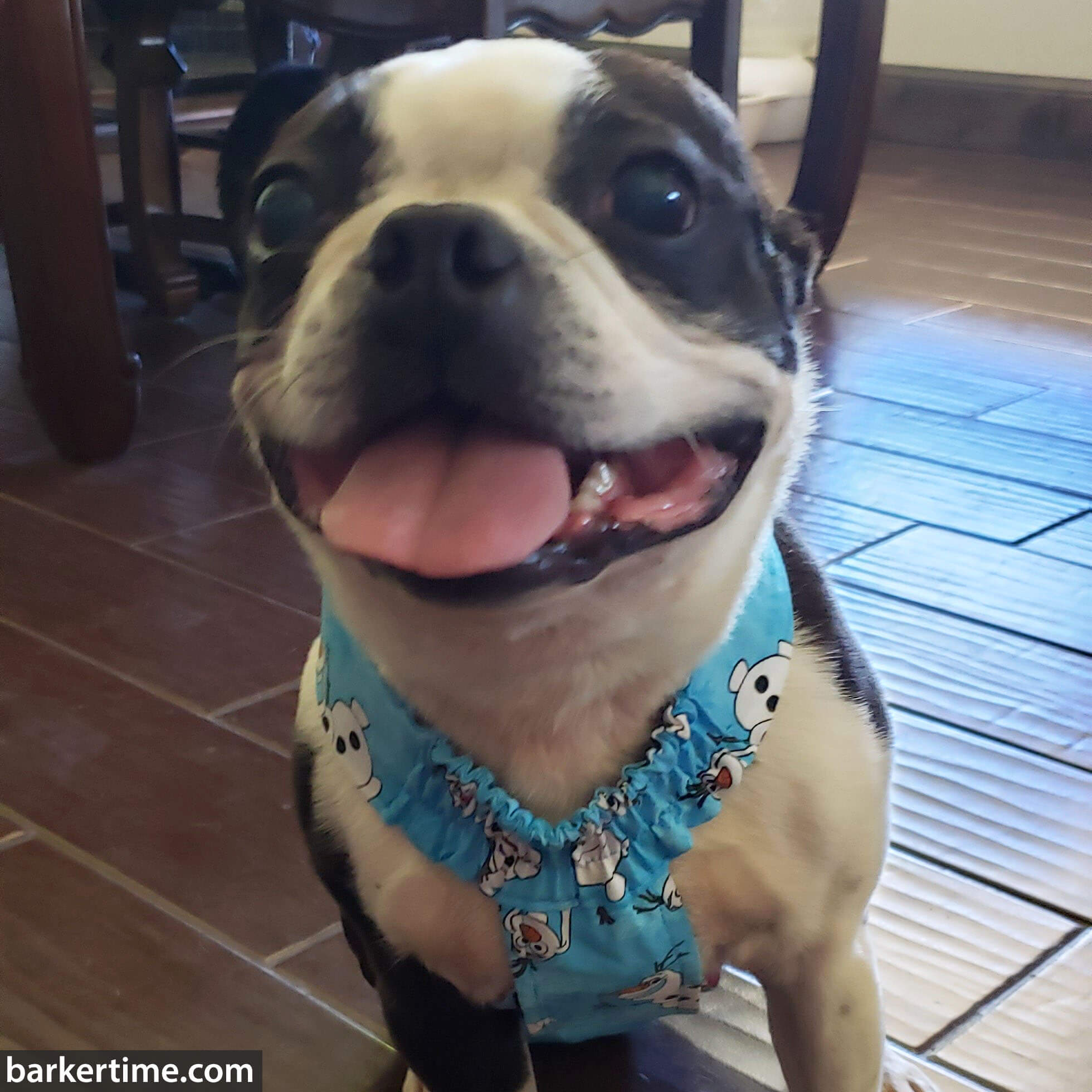 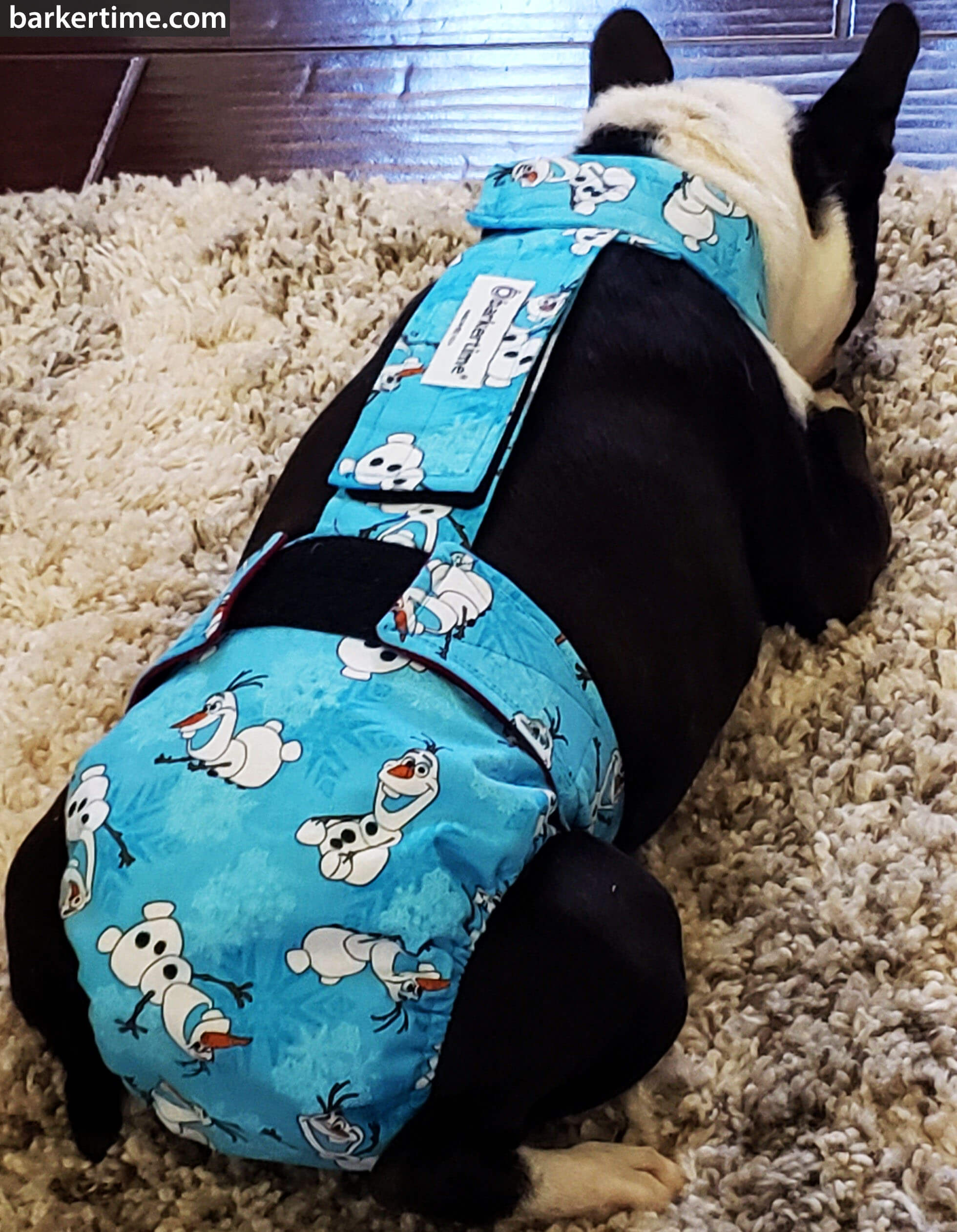