“Annie is a rescue Treeing Walker who was found wandering with scars on back end, tail broken in two places, ulcer on one eye, scars on face, missing teeth, and ears torn and pieces missing. She was at Cowley County Humane Society, Winfield, KS, for five months. Was adopted and returned twice. She spent part of her time with prisoners in a local program that benefits both prisoners and rescue animals. She was estimated to be 5-6 years old when I adopted her 5 years ago. She has become quite lame and would rather pee on the floor than go outside. Time for doggie diapers.” 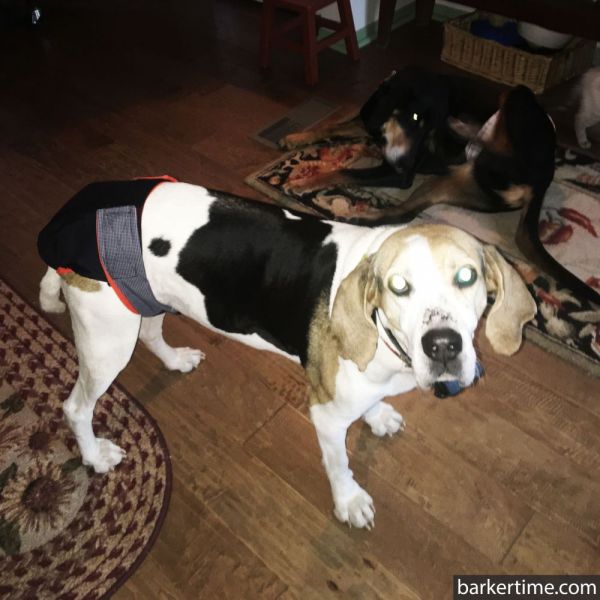