“Olah Belle is 11 yrs young and is partially paralyzed with bladder & incontinence issues. She’s a happy go lucky lady who loves her new “digs” and thinks she’s absolutely gorgeous! Thank you so much Barkertime for this awesome setup! We love it ❤️” 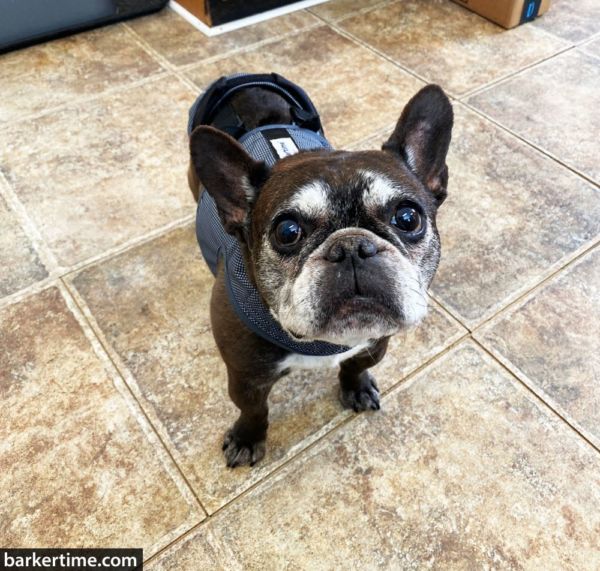 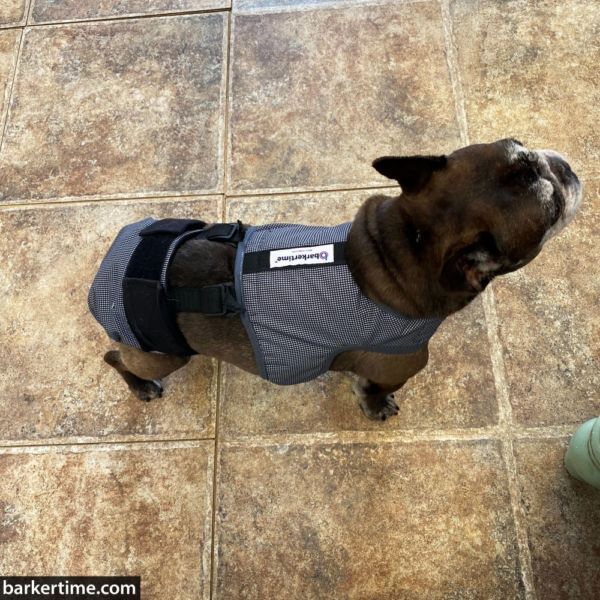 “Teddy is our miracle pup. After suffering a traumatic injury that left him with rear paralysis in his native Iran, he has made incredible progress since coming to North America – and is now an expert at spinal walking. Nothing stops this boisterous boy and we need a quality product to keep up with his adventurous spirit and manage his incontinence. Barkertime belly bands are the best! Love the designs – and best of all they are ‘Teddy-proof!’ The small improvements since we started buying belly bands from Barkertime are fabulous. The waterproof fabric is perfect and the wide Velcro strip keeps everything in place! The way the belly bands are stitched with comfortable gathers around the waist are the best I have seen – no other product compares. We use a ladies incontinence product (pad) inside the belly bands as Teddy is a heavy wetter, and this makes changing him easy. I recommend Barkertime products to any pet parents who are new to managing their fur babies incontinence.” 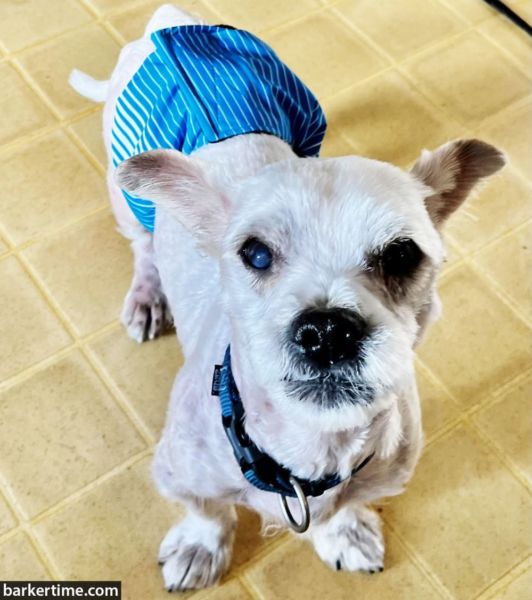 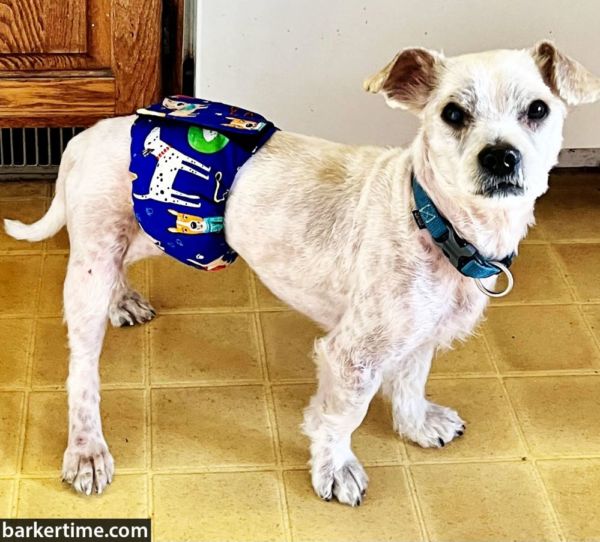 “Barkertime is our go-to diaper shop. Gracie is 13 and a half years old and has had some incontinence since she was 10. Rather than giving her Proin (female dogs only) because she was already taking medications for other conditions, I set out to find a well-made dog diaper. Discovering Barkertime was like striking gold since pet store-bought diapers didn’t fit well and weren’t fashion forward. She now has upwards of 11 (honestly, I’ve lost count) Barkertime diapers, pull-ups, and diaper overalls — however, just diagnosed with some trachea collapse and no longer able to have a strap around her neck and wear the overalls, as well as recent weight loss to alleviate pressure on her trachea, we’re coming back to order a couple of smaller regular diapers.” 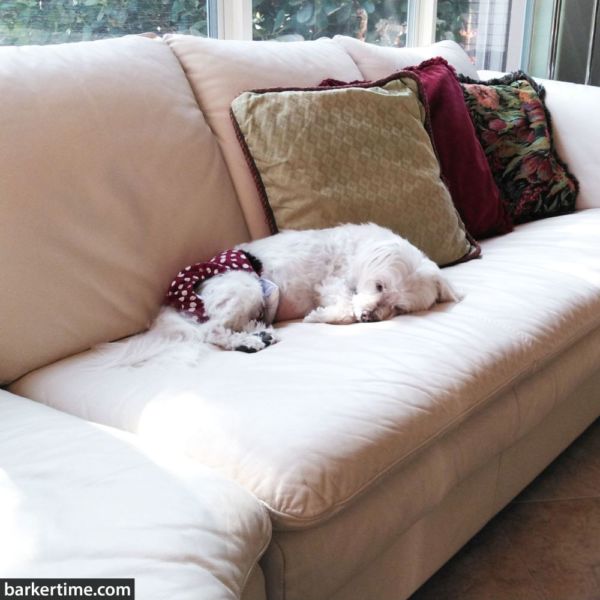 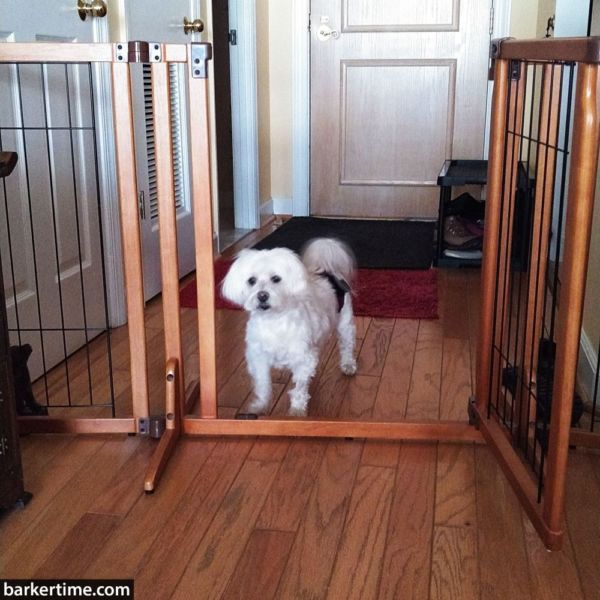 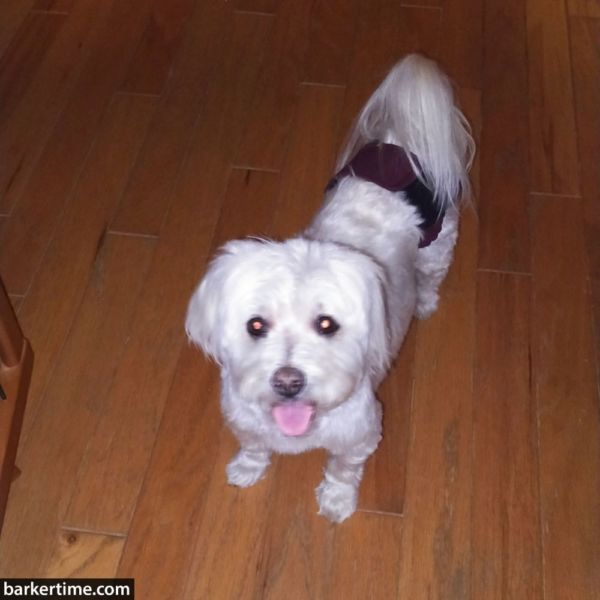 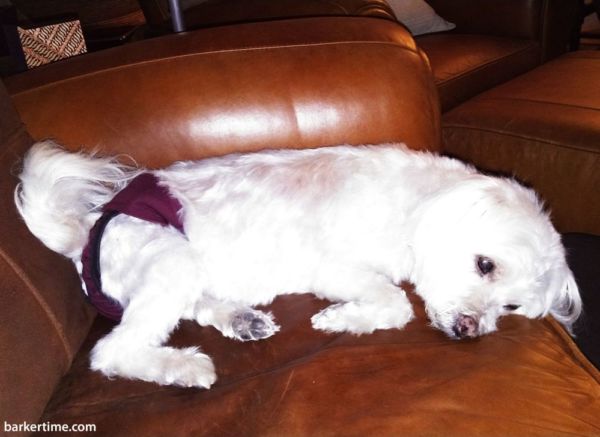 “Domino’s back arches and he has no waist. I have tried using disposable and washable belly bands, and they slip right off. These Barkertime diaper overalls fit him perfectly and stay on; saving my bedding from needing to be washed every day. Thank you.” 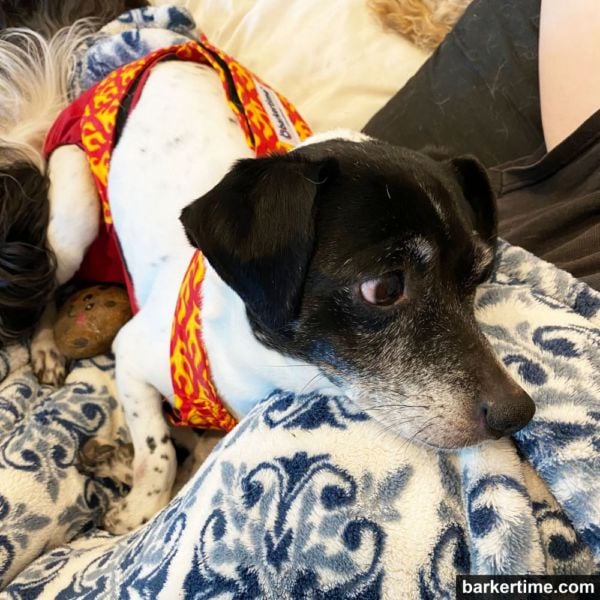 Saving my bedding from needing to be washed every day

“Percy is recovering from a UTI and this pull-up diaper has helped us worry less about him leaving behind messes! Thank you” 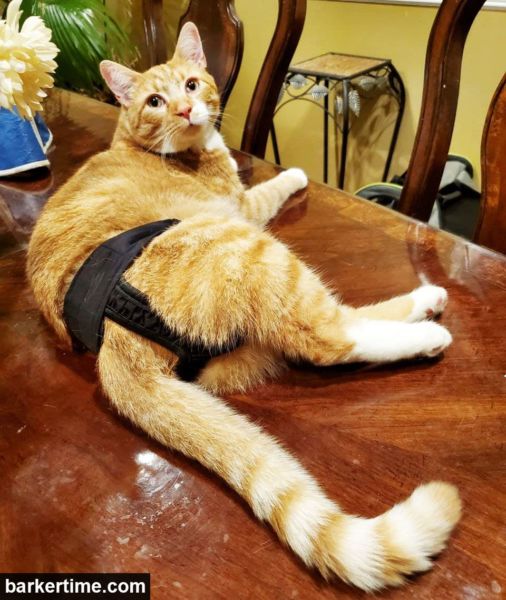 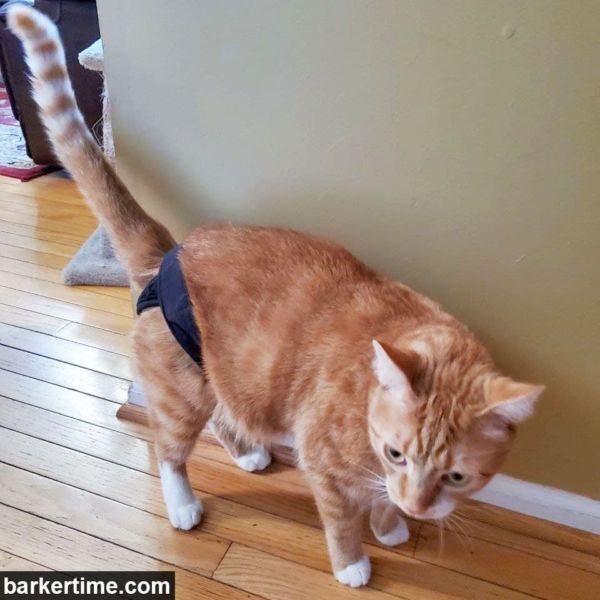 Recovering from a UTI 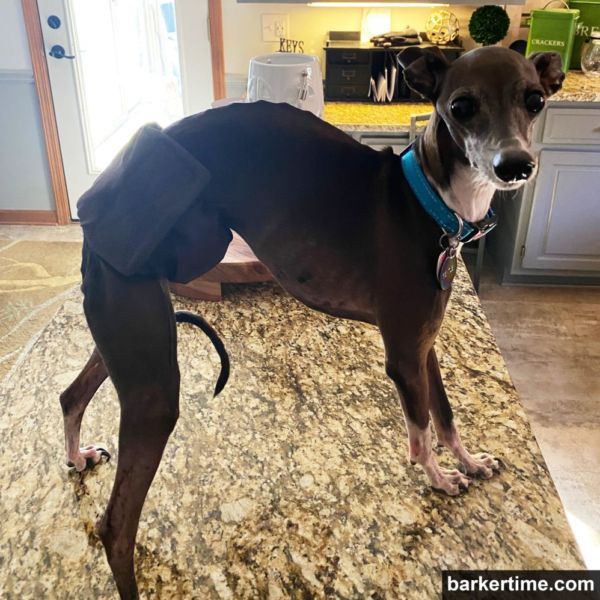 “I was pleased to find these belly bands in a XXXL, they do not dig into his skin and have a nice fit. In the past other brands required me to extended with Velcro and it was difficult to fit to my pet. I order 2 pairs and hope to buy one more when they are available.” 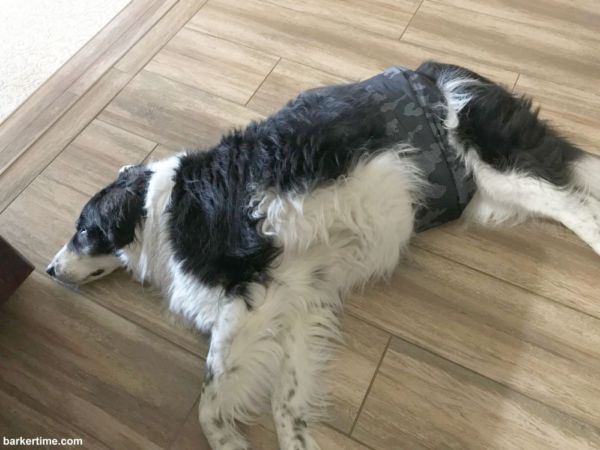 “This is my baby girl Scarlett Jo! She is almost 9 months old and has a dribbling issue with her urine. We have confirmed through various procedures that she has a weak urethra. Barkertime Diaper Overall is the only thing we have found that stays on and does the trick!!! Thank you so much for creating these products!” 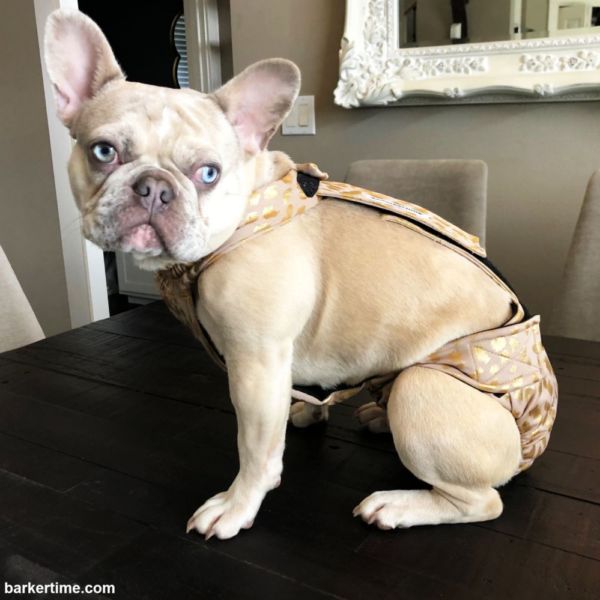 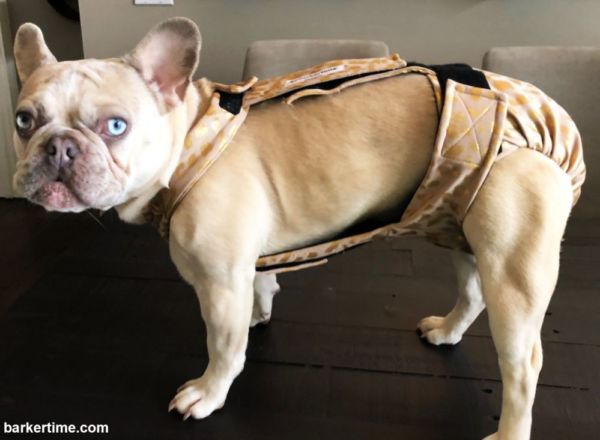 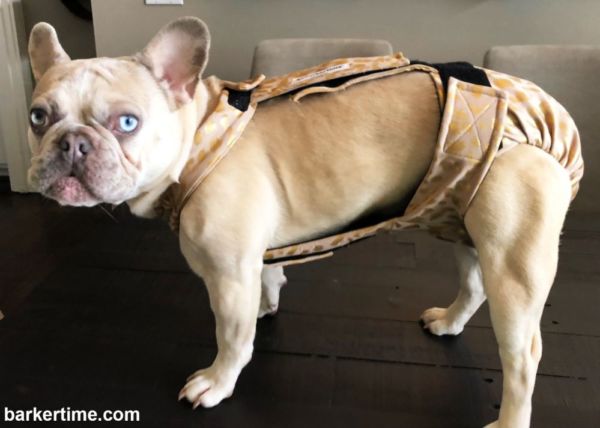 Stays on and does the trick

“Paislee was adopted from Opie’s Special Needs Bulldog Rescue. She was born with spina bifida, her back legs are partially paralyzed but she scoots around just fine. We love the Barkertime diaper overall outfit as it is much easier than putting on suspenders and diaper cover. Also, it stays on much better.” 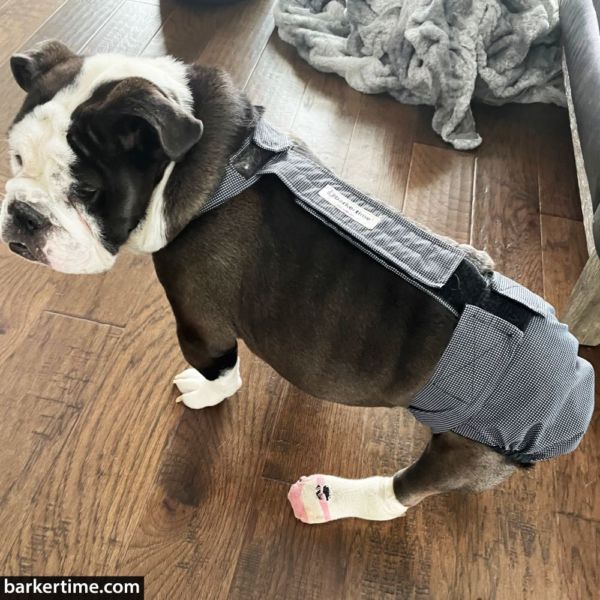 It stays on much better

“Elsa is 16 years old, has bladder cancer, and is incontinent. We have had a difficult time trying to keep her diapers on. The suspender harness we purchased from Barkertime is working great and she doesn’t mind wearing it. We are very pleased with the quality of this product. Thanks” 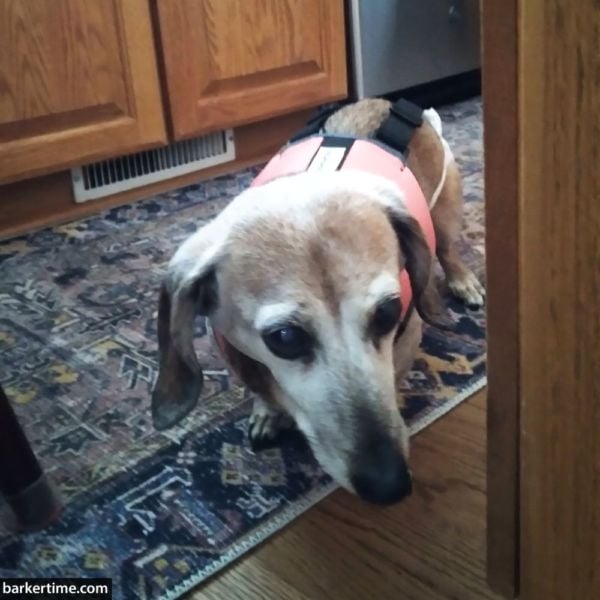 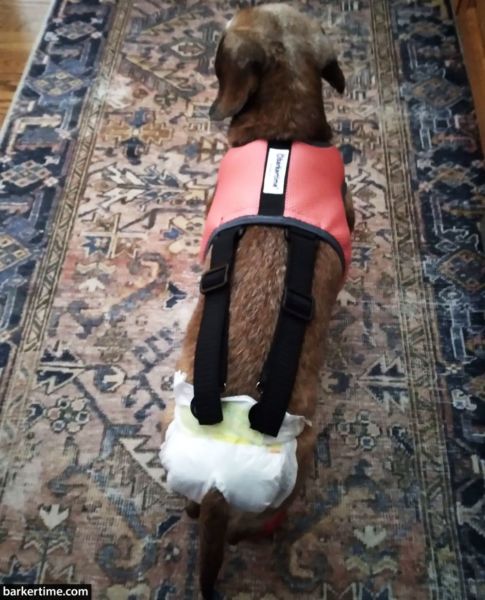 Pleased with the quality of this product

“Blueberry has Spina Bifida which makes her incontinent but her Barkertime overalls have made it so much easier to diaper her which has been a huge weight off our shoulders! We love how functional AND cute they are! ❤️” 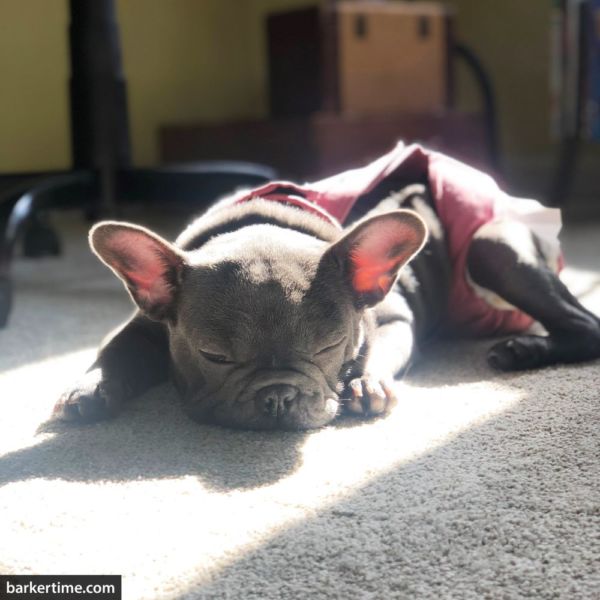 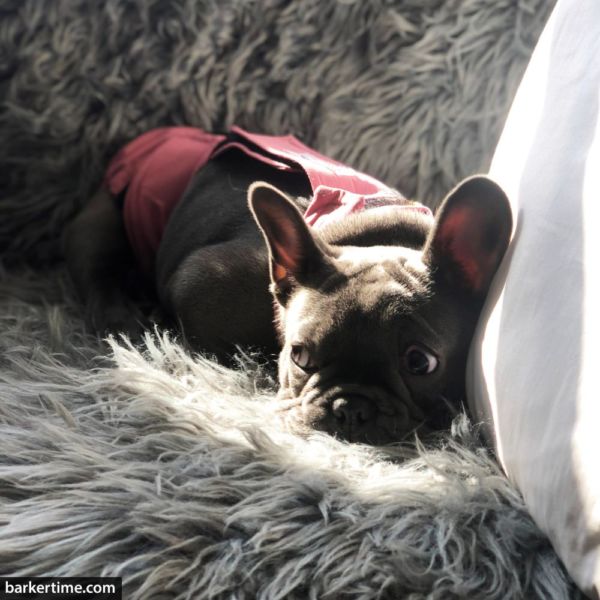 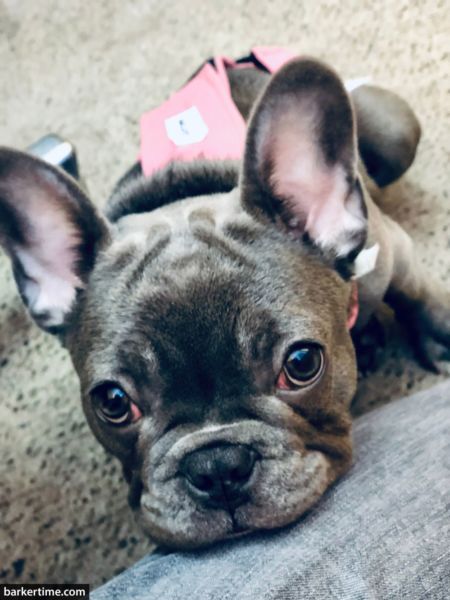 A huge weight off our shoulders

“This diaper has been a godsend! Lola is 14 and is having bladder issues. We tried a handful of diaper options including suspenders and outfits. She was able to wiggle out of all of them in seconds. Barkertime is truly the one and only escape proof diaper you will ever need to buy.” 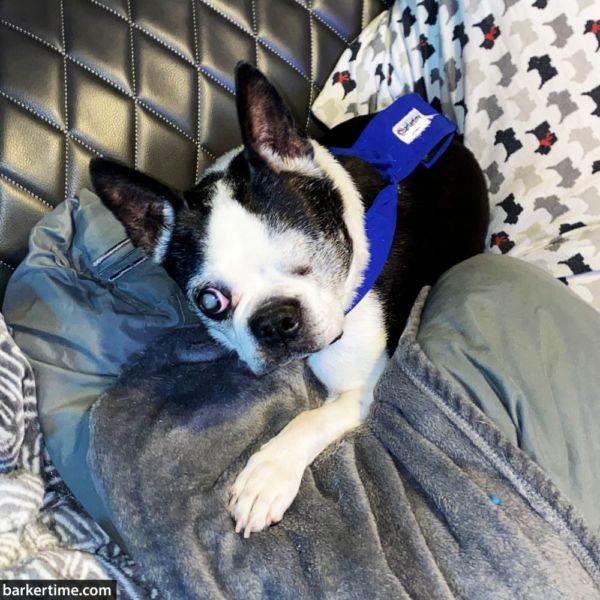 Truly the one and only escape proof diaper